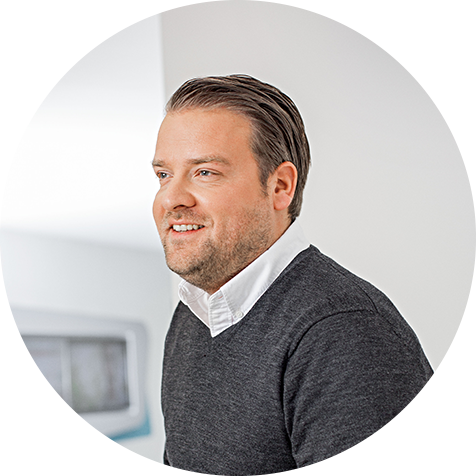 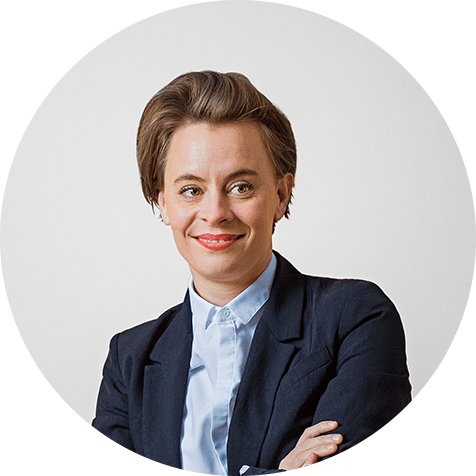 “Kiss Bang Love” hit the scene in 2016 as one of the most successful new programs on ProSieben. A strong German-Danish team turned the show by Red Arrow subsidiary Snowman Productions into a hit and demonstrated successful teamwork at every link of a TV concept’s value chain.

Even the burly set builders waited with bated breath. A single kiss: passionate, carefree, genuine. All eyes were on the two blindfolded single people who had – literally – never laid eyes on each other, yet were falling in love at this very moment. “The atmosphere in the studio was magical,” describes Tina Wagner, Executive Producer of Munich-based production company Redseven Entertainment. “And then our Danish partners jumped with joy and yelled, ‘It worked!’”

“Kiss Bang Love” stars 12 men and one woman seeking true love and features a romantic blind date with blindfolded contestants. It’s both a scientific TV experiment and a late-night ratings hit. The chemistry was there at the very first shoot. It took just under a year for a multinational ProSiebenSat.1 team to turn the dating show by Copenhagen-based Snowman Productions into an international success. Like Redseven Entertainment, the Danish production company is part of Red Arrow Entertainment Group, the production and distribution arm of ProSiebenSat.1.

A single woman kisses 12 candidates while blindfolded and finds her true love. That’s the idea behind the dating show “Kiss Bang Love”. The five best kissers are selected with the help of biochemical messengers found in human saliva. Two are invited on a date where the single woman has to choose one of them …

was all the ProSiebenSat.1 team needed to turn the idea for “Kiss Bang Love” into a show, from the pitch to the successful broadcast of the first four episodes on ProSieben in February 2016. The second season aired in February 2017.

The whole thing started with a trailer that was no more than the visual depiction of an idea. When Michael von Würden, CEO of Snowman, first showed it to his Munich-based colleagues, it lit a spark right away. “What we saw was extremely romantic and very tasteful,” remembers Tina Wagner, who produced the show for ProSieben. “We were confident that if we could carry this strong emotion throughout the whole show, it would be a hit,” adds Daniel Rosemann, then Head of Entertainment, now General Manager of ProSieben.

A well-oiled team worked on the launch. Tina Wagner previously successfully produced the Snowman show “Married at First Sight” for SAT.1. In his first months at ProSiebenSat.1, Daniel Rosemann had shared an office with Nina Etspüler, who is now Senior Vice President Development & Content Strategy at Red Arrow Entertainment. “We have known each other forever and finish each other’s sentences,” she states. “The whole team was hugely excited about the project and really pulled together to make it happen.”

Intensive sharing of experience
with the idea generators in Denmark

Snowman began the production of the show’s local Danish version almost concurrently with the team in Germany. The Snowman team sometimes came to Unterföhring to work out the specifics of the joint project with Redseven and ProSieben. Other times, the Munich staff traveled to Copenhagen to look over the shoulders of the Snowman team. “In contrast to the Danish production, we wanted our look and feel to be warmer,” emphasized Wagner. “We aimed to tailor the program to ProSieben’s style.” The two teams collaborated closely on scripting, studio design, and managing the candidate selection process. “Our shared goal was to make authentic television that would speak to viewers and create a comfortable atmosphere for the candidates,” says Rosemann, who himself worked as a producer for many years.

It was a success: The first episode on ProSieben captured a market share of 14.1 % among viewers aged between 14 and 49, and the show got 1.6 million video views online. “Other people would have just turned our idea into another game show,” Michael von Würden declares. “But together we laid the groundwork for an internationally successful property.” Red Arrow has already sold the show to broadcasters in more than 10 countries. The German production served as a template in large TV markets like the United States and Australia.

From concept through production to worldwide distribution, “Kiss Bang Love” is just one example of how business areas at ProSiebenSat.1 work together on TV show ideas along the entire value chain. Developing compelling programs and keeping the rights to TV properties “in the family” to monetize them in the best possible way is how Jan Frouman aims to further grow the business. He is Chairman & CEO of Red Arrow Entertainment Group and Executive Board member responsible for Content & Broadcasting at ProSiebenSat.1. Going forward, more and more of the local productions commissioned by the German broadcasting group are set to come from Red Arrow Entertainment’s international network. “This boosts communication and creativity,” adds Rosemann. “The speed of our cross-disciplinary teams and the impact they are currently generating is an enormous competitive advantage,” he says.

With 19 production companies in seven countries, Red Arrow Entertainment already is a key program supplier to ProSiebenSat.1’s seven TV stations. The objective to bring more joint formats on air is not a carte blanche, though: “Although we’re part of the same family, if a program isn’t suitable for a station, we won’t take it,” Rosemann declares. “And that type of honesty is good,” replies Nina Etspüler of Red Arrow. “Only when everyone is truly sold on an idea, our joint teams are able to execute it perfectly. Viewers accept only the best.”